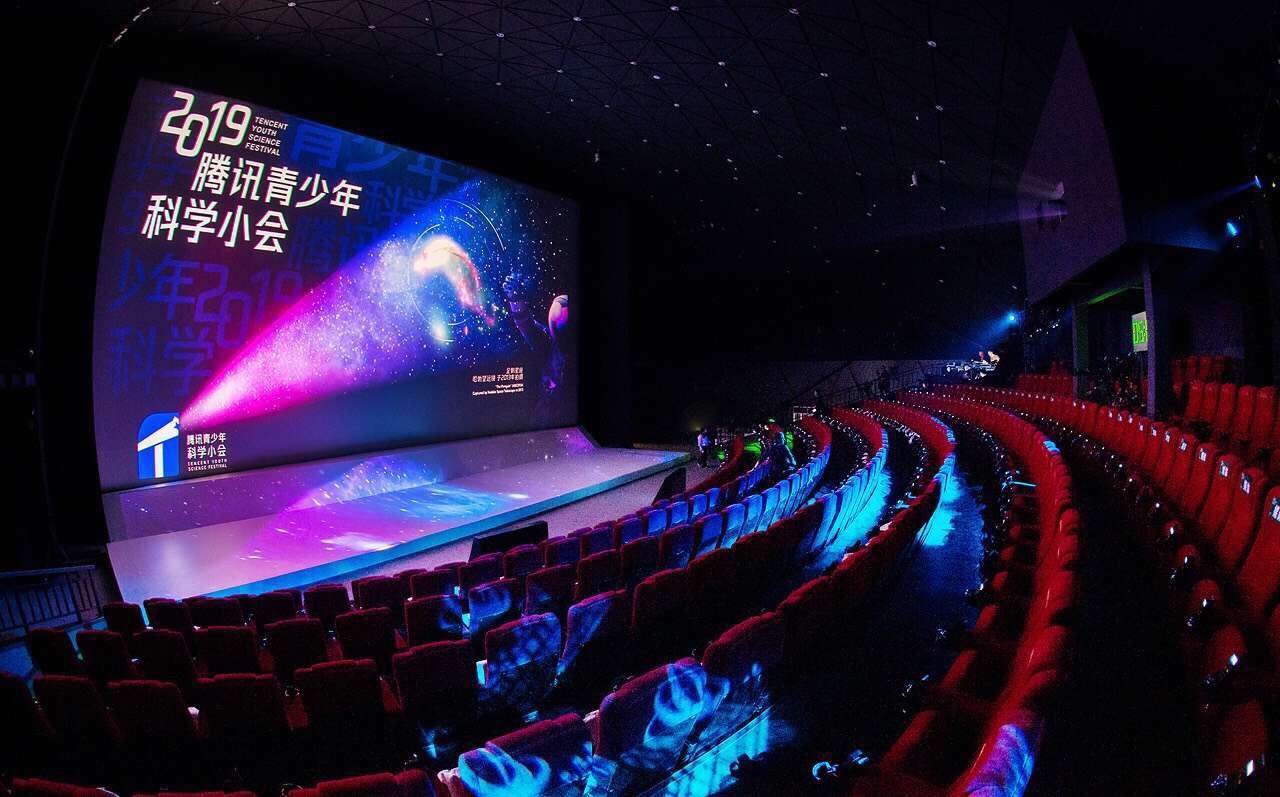 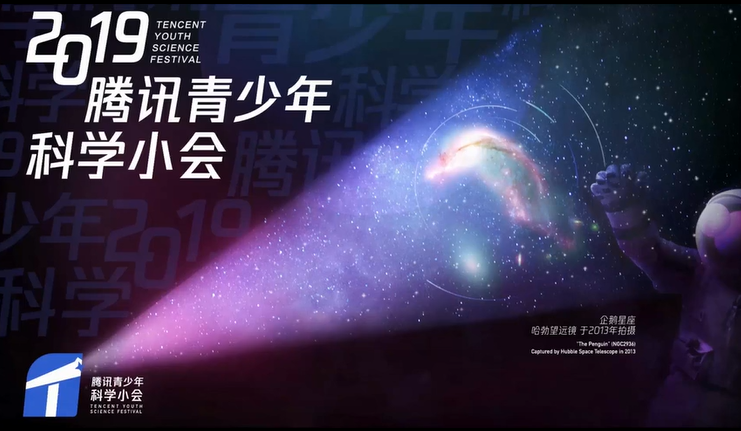 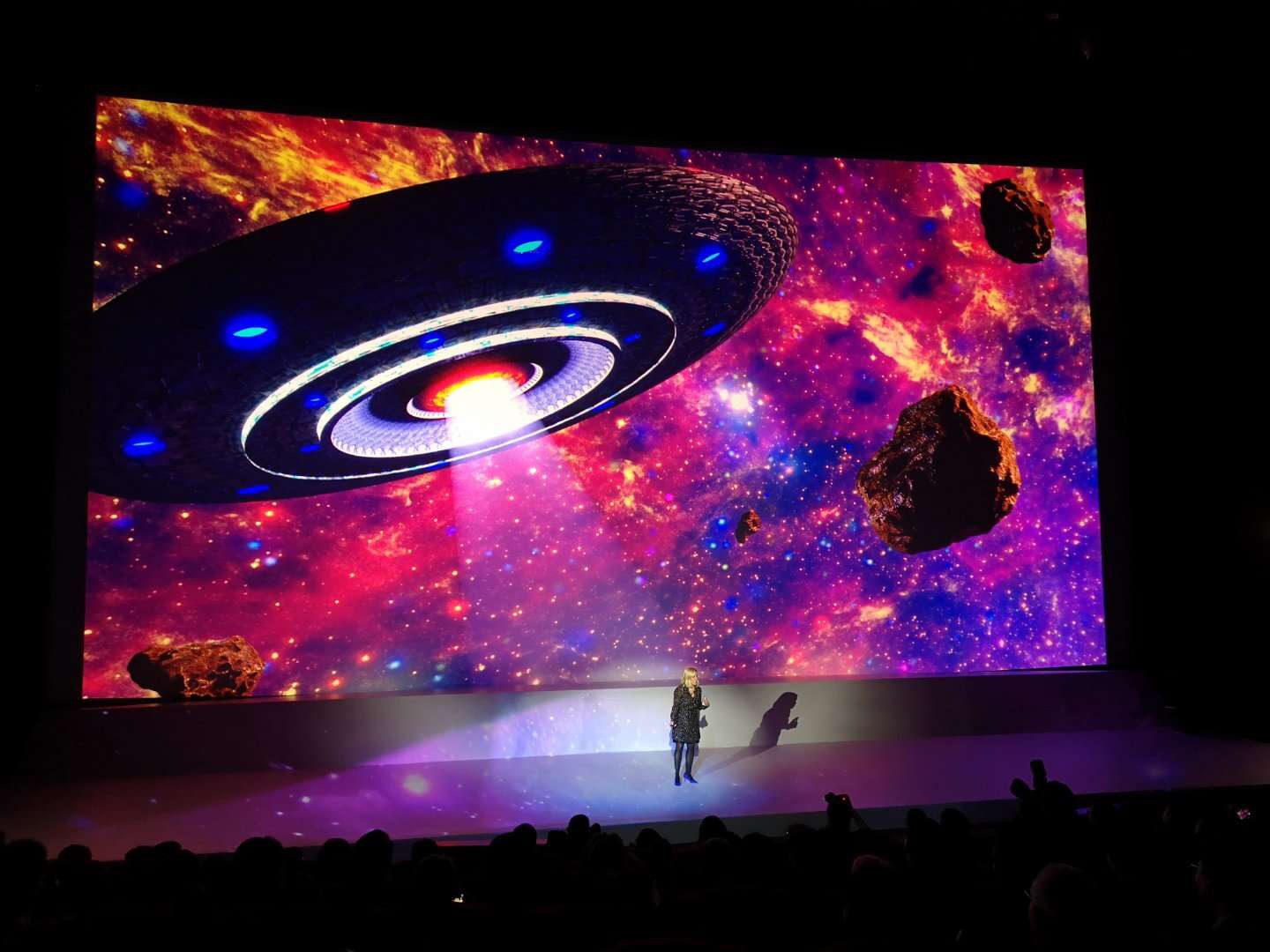 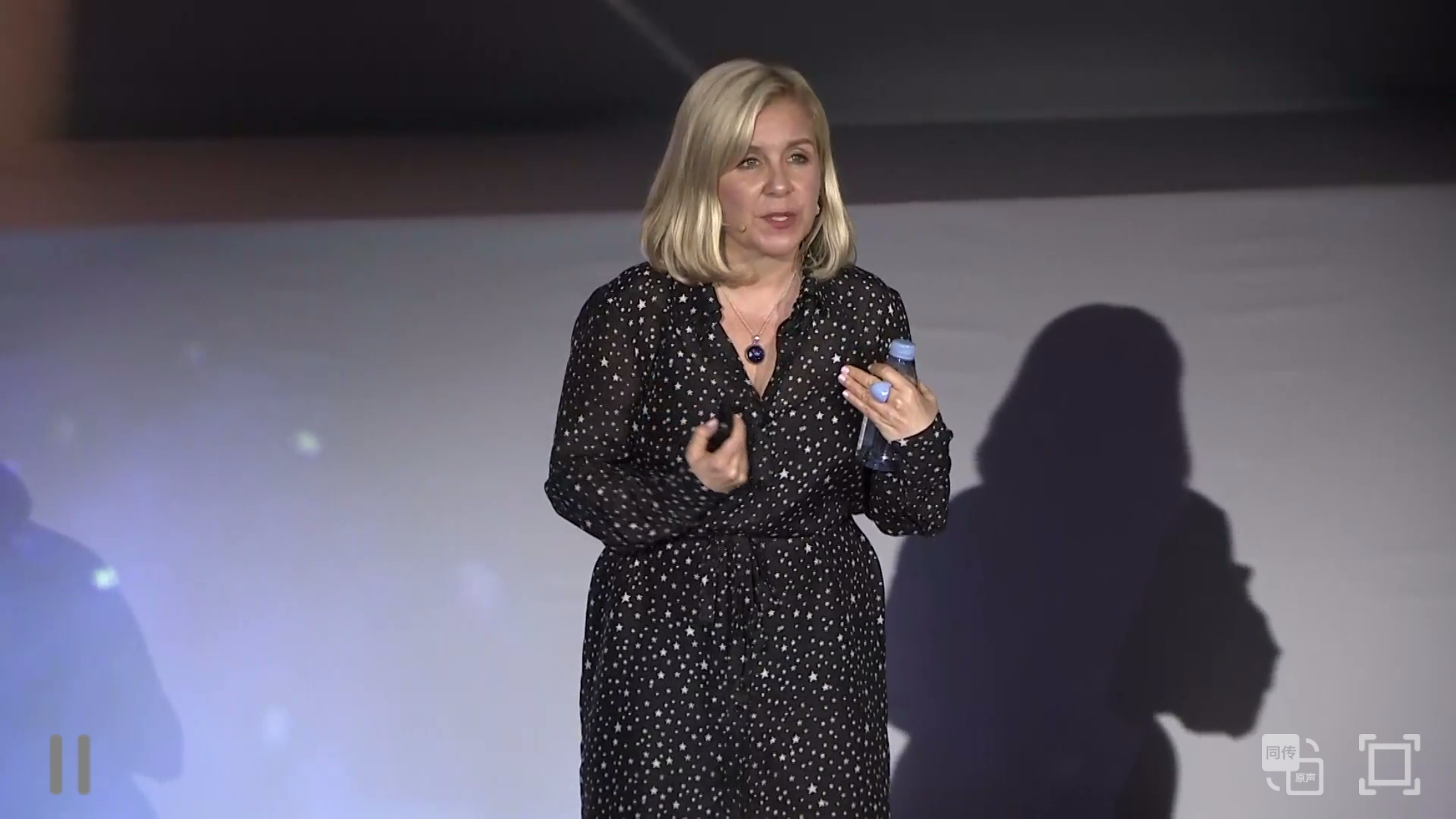 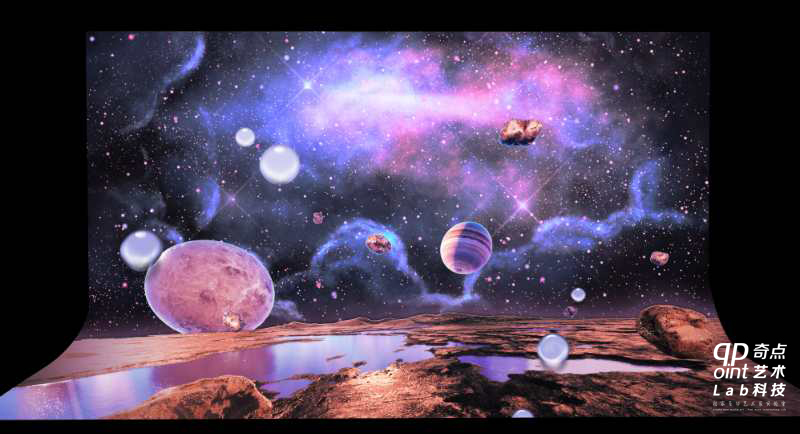 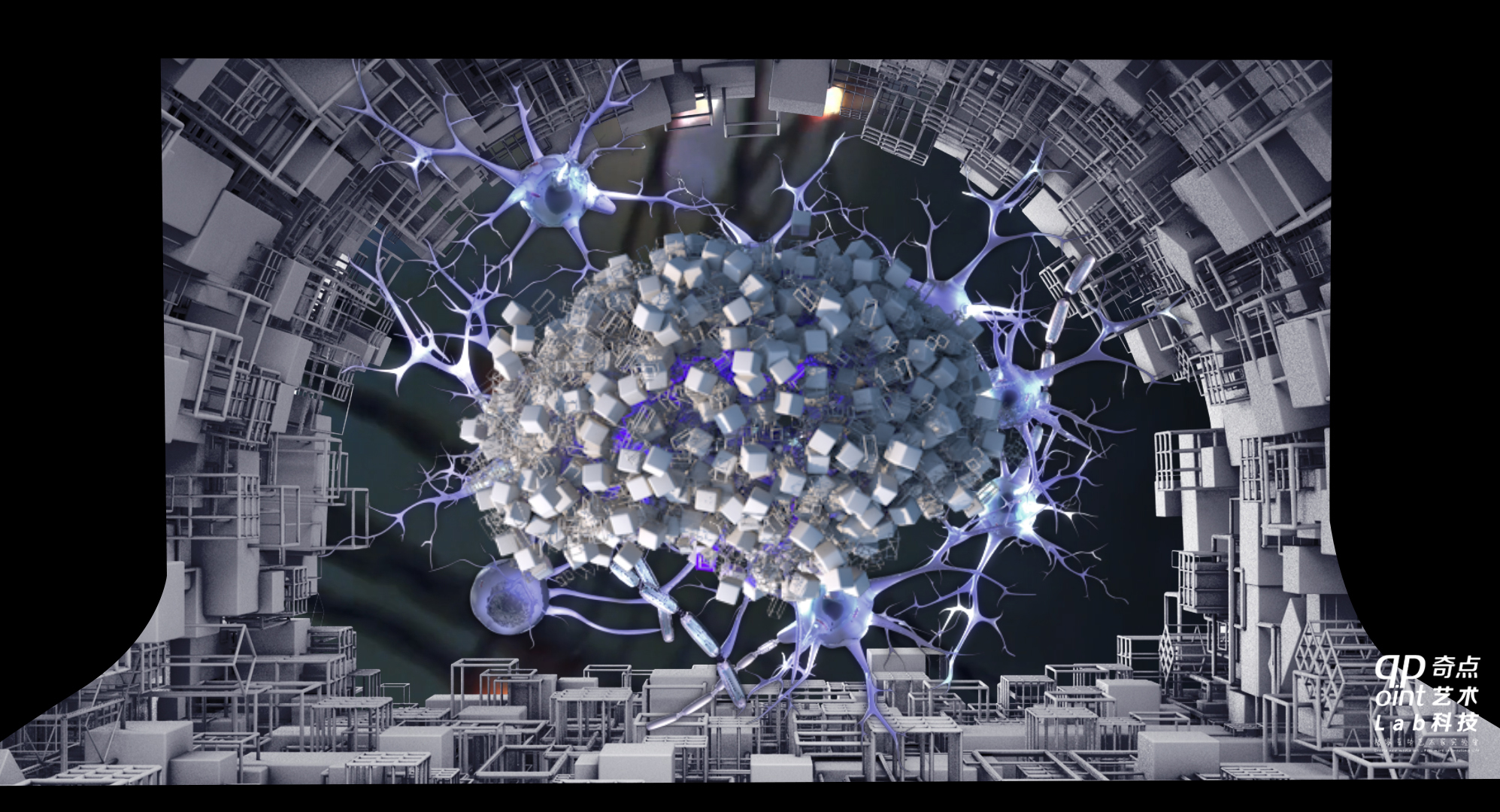 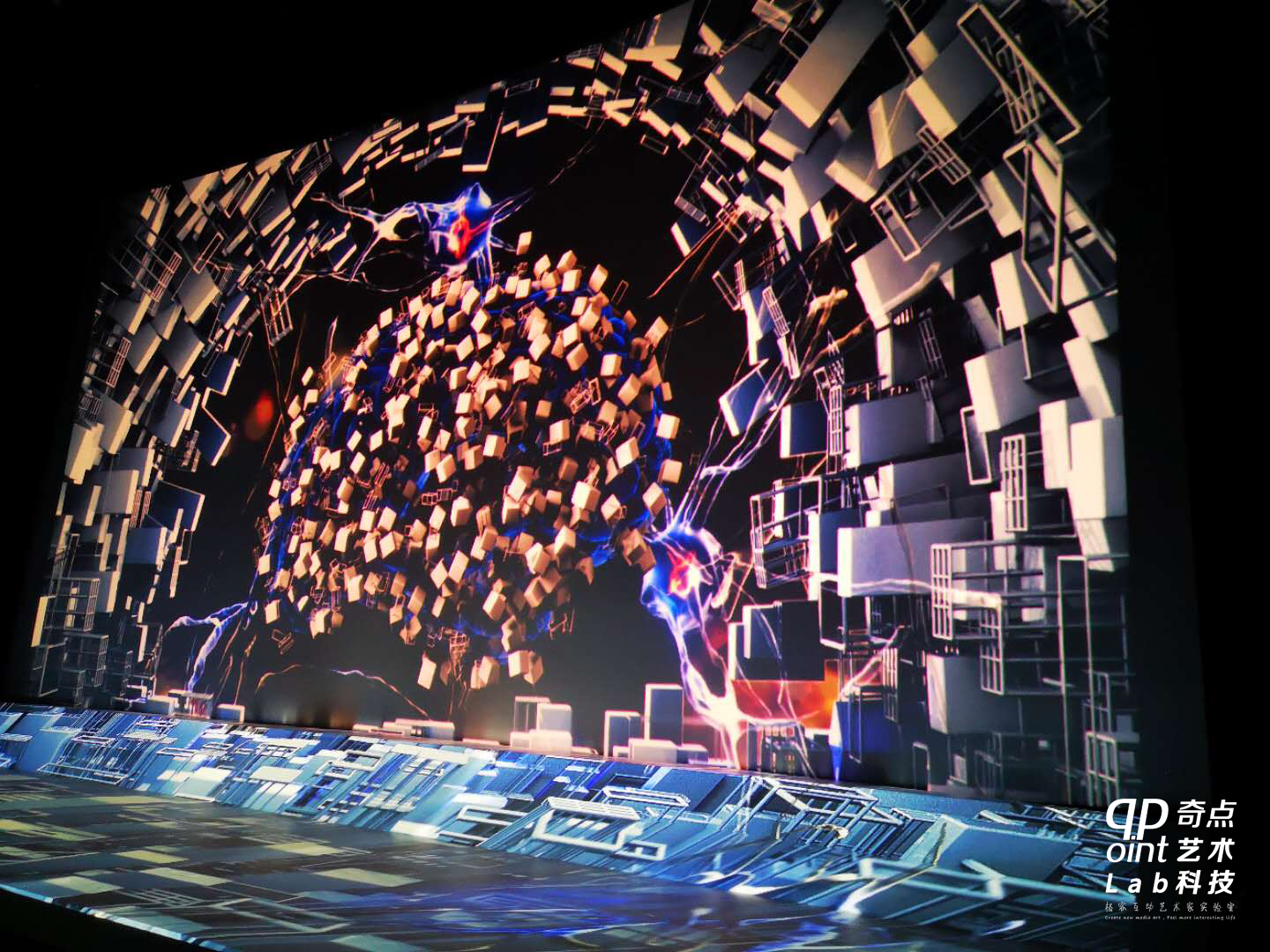 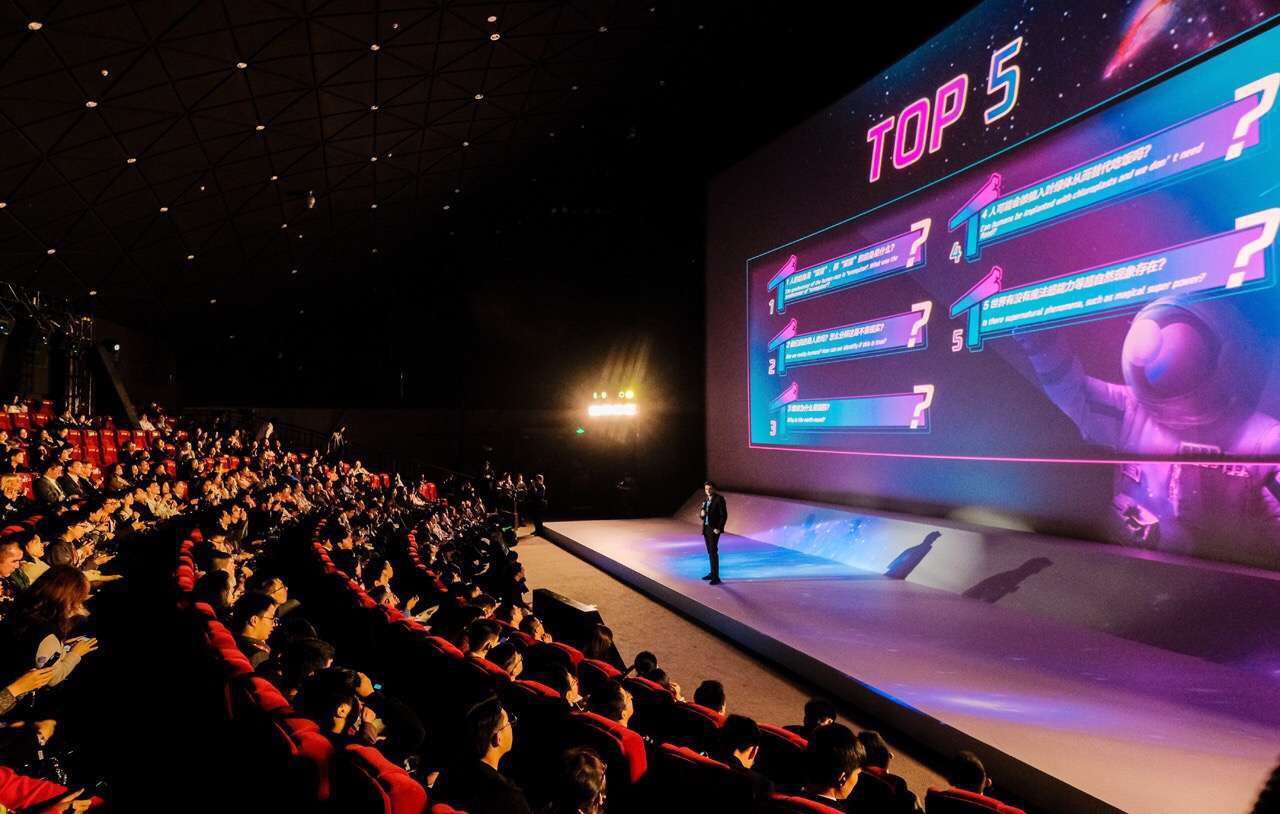 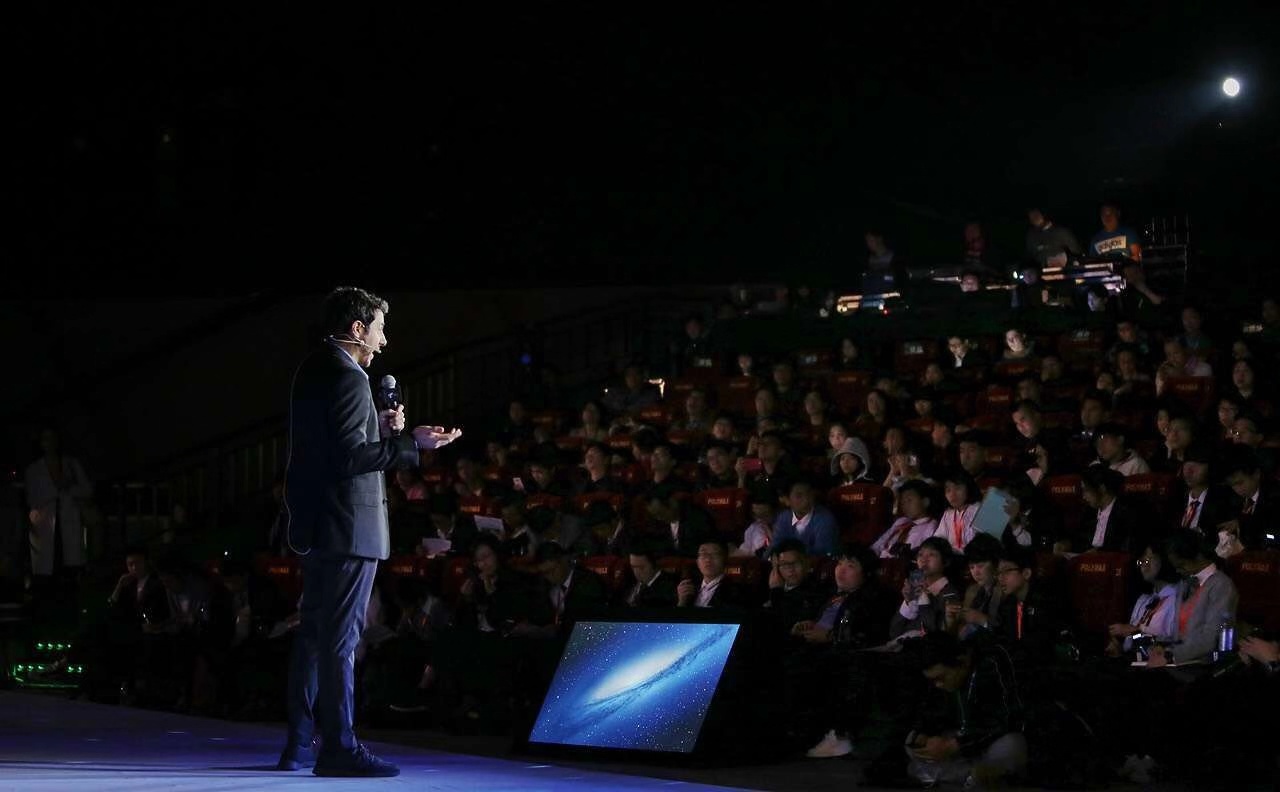 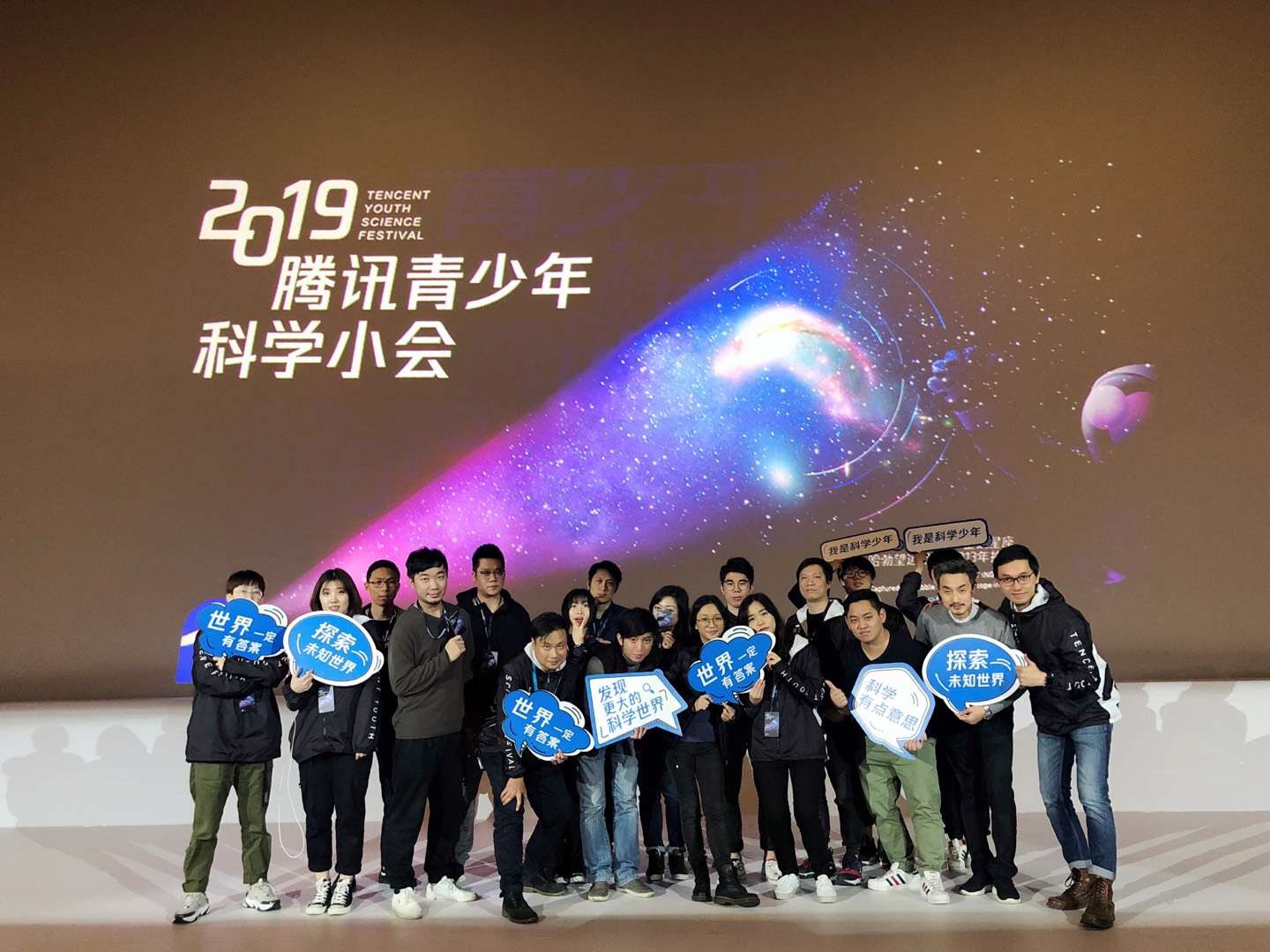 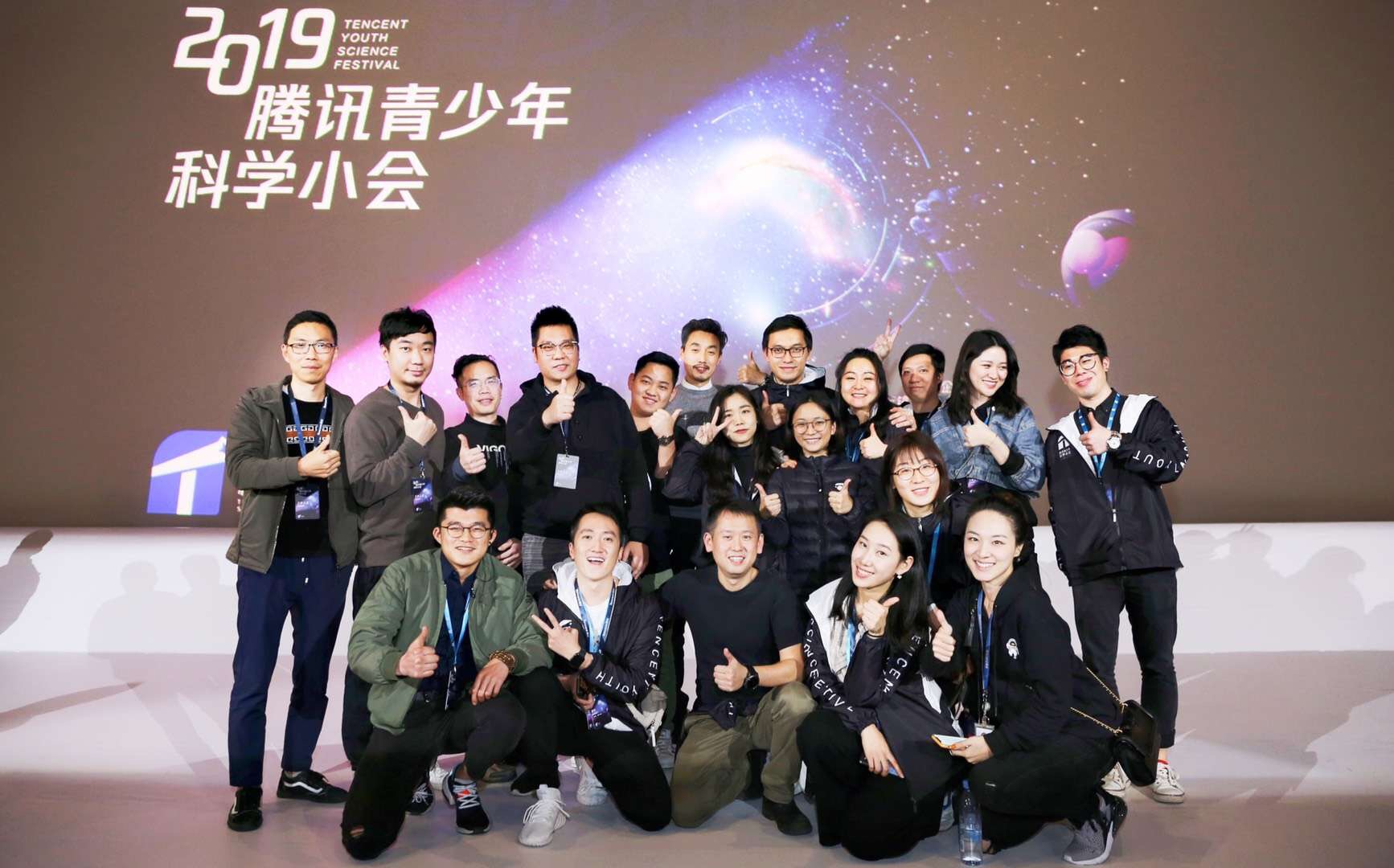 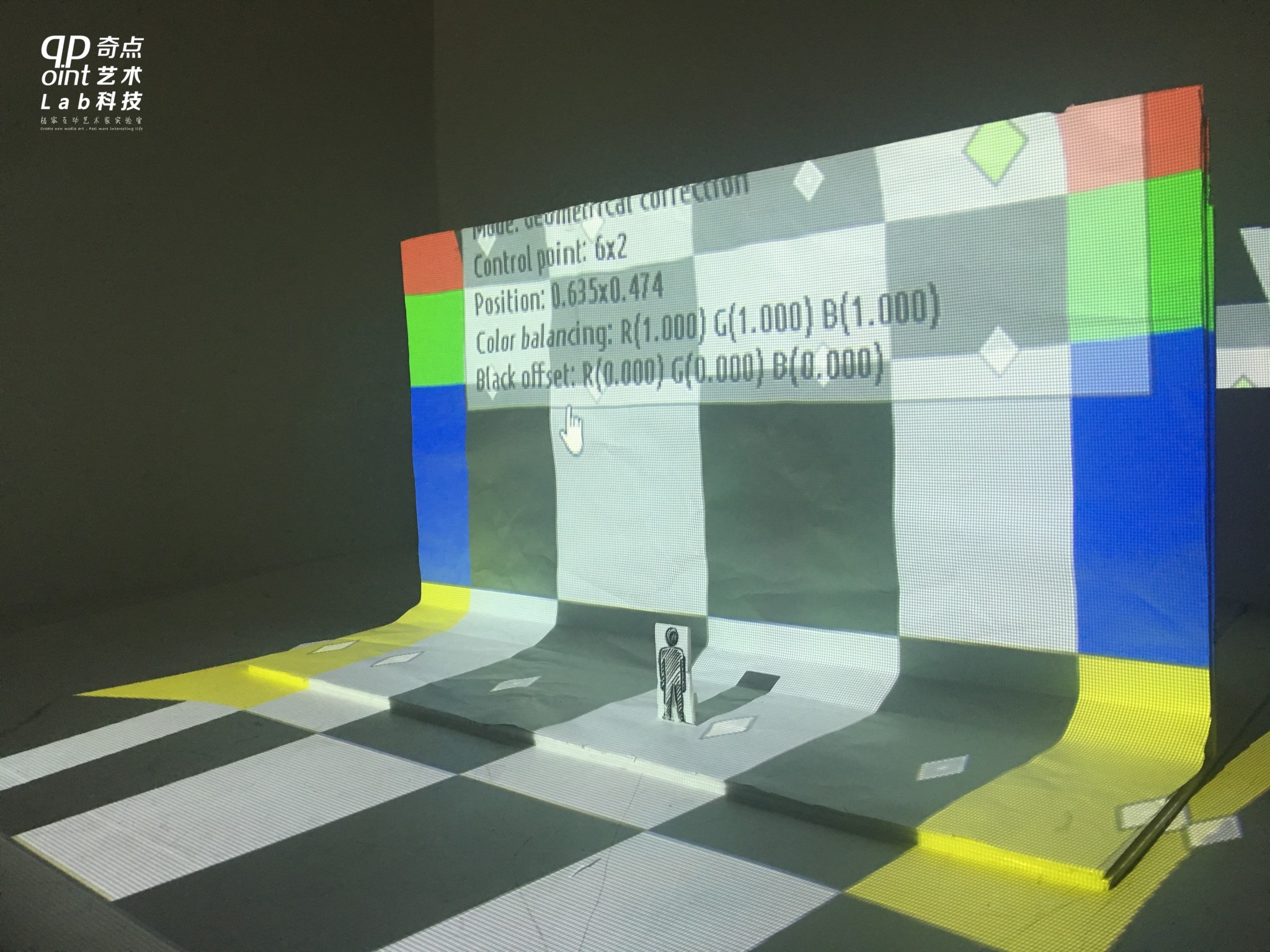 一起上一堂最前沿的科技大课吧！
——全网直播的完整视频——
In the field of science, what questions can be asked often represent how far you can go along this road.
Five-year-old Einstein was attracted to the small magnetic needle in the compass and was inspired by this amazement all his life.
Young Darwin could not ask his mother where the creatures came from, but later he revealed the origin of the species himself.
Hawking, a teenager, often watches the stars in telescopes and sinks into meditation, eventually becoming a great physicist.
--
There are many great "little questions" from a group of great "question mark teenagers".
Facts have proved that the world must have an answer.
On January 20, the first Tencent Youth Science Conference was held in Shenzhen Poly Theatre. Singularity Art & Technology assists in producing the naked-eye 3D holographic shock effect on the stage.
This is an annual science popularization event for adolescents and parents, hosted by Tencent and guided by China Association of Science and Technology.
Six famous scientists and popular science scholars at home and abroad, Lucy Hawking's daughter, Tim Urban, father of procrastination science popularization, Li Zhao, famous theoretical physicist in China, David Eagleman, scientific consultant of Western World, Charles Czeisler, the most sleep-savvvy physician and Tim Appenzeller, news editor-in-chief of Science magazine, were invited to this scientific conference, bringing one after another to the young scientists. A rich and interesting speech.
Let's use a very flaming video to bring up today's topic. Earth: a dim blue dot
IFrame
Lucy Hawking, the beloved daughter of Stephen Hawking, a master of physics,
Reviewing the history of human exploration in space, starting from the importance of water to the planet,
Shared Professor Hawking's ideas about space travel.
In this science conference, Singularity Art and Technology joined forces with Tencent.
In order to create the ultimate visual feast for the audience,
The site equipment is equipped with 60 000 lumen main projector and 6 31000 lumen projectors.
The holographic structure is used to project digital images through the whole field.
Interesting and shocking ways to present liquid water on Mars, memory editing,
The most advanced scientific and technological knowledge of human origin, brain chips and sleep cleaning.
—— Conceptual Design Drawings——
1. Mars Liquid Water
Hawking's daughter Lucy
—— Conceptual Design Drawings——
2. Manipulating Memory
David Eagleman, Scientific Advisor to Western World
—— Conceptual Design Drawings——
3. Brain Chip
Li Zhao, a famous theoretical physicist in China
4. Sleep Cleaning
Medical scientist Charles Czeisler
5. The Origin of Mankind
Tim Urban
6. Science
Tim Appenzeller, editor-in-chief of magazine news
At the conference, Tencent, in collaboration with Science, launched the world's first "Young People's Science View List". The list combines authority and attention. The authoritative scientific editor of Science magazine and top scientists have selected 20 scientific questions from the frontier scientific issues in the major breakthroughs in the past ten years, and combined with the interest matching of 100,000 Chinese adolescents from the perspective of Tencent content platform QQ, the list finally comes up with ten scientific points of view.
The strong stereo visual impact shocked the hearts of "question mark teenagers" and broke the inherent impression that science was boring. Scientists'explanations were interesting and entertaining. They made children's brains open and enjoyed a fun, beautiful and beautiful scientific feast, which stimulated the enthusiasm and love of these young people for science and opened the door to the unknown world.
This conference is designed to provide a global live broadcast for the people who are eager for knowledge, so that more people who can not come to the scene can deeply feel the charm of science.
As an Internet company, Tencent can stand at the forefront of science, spend a lot of manpower and material resources, perfect combination of new media art and popular science program, let the audience marvel at it. It is very valuable to arouse the concern and love of science among Chinese teenagers, connect science with the public, and let more people know and approach science.
—— Full Video Live——
IFrame
上一篇2019湖南卫视春晚舞台视觉设计+制作花絮
咪咕冬奥会转播演播厅视觉包装下一篇
下一篇咪咕冬奥会转播演播厅视觉包装
q-point-lab 2012-2018 © 奇点艺术科技
起飞页提供免费流量